In September, The Guardian published an article written by GPT-3, OpenAI’s new language generator that people are saying big words about. GPT-3 is a language prediction model. You provide a prompt and parameters, and it creates. But its applications aren’t limited to copy. It’s written everything from code to music. But obviously copy is a great showcase of its capabilities and its main impetus. Words are thought. If AI can write compelling copy, that means something profound...about us and it.

For the experiment, the editors at The Guardian gave the AI an “assignment”: Compose a 500-word persuasive essay to convince readers that robots come in peace. And, I’ll tell you what, the final product is passible. You can dance to it. And while even though it’s obviously not the output of a professional writer, I know highly educated human beings who write below the level of that article.

The methodology for the piece involved the editors writing the first paragraph (which somehow wasn’t good writing), and GPT-3 wrote eight 500-word articles based on that prompt. The editors then edited them together into a single 500-word piece, covering up who knows how many sins of structure, syntax, logic, and word choice in the process.

But this isn’t an “ignore the gimmick” article. Too easy. I’m going to take it on its merits. Pretend this article and GPT-3 are both harbingers of a near-pressing time when robots can write well enough to be a major force in the creative writing world.

1) What Could Be a Writer’s Nightmare, Could be an Editor’s Fantasy

Automatic writing (in the robot sense, not the ghost sense) could be a boon for editors. For instance, I run Maark Insights, and I’m constantly trying to get our experts—who are all busy experting—to write articles for the site. But it’s hard for them to fit an article into their workloads. Or they just don’t like writing. In addition, writing isn’t their primary skill. It’s development or design or management.

But if I had an interface where I just typed in the topic I needed and an angle on it, and the AI spit out even the roughest of first drafts, that’s a big leg up for me and my experts. We could spend less time in the start-up mode of writing (which takes forever and is put off for as long as it can be) and more time directing and editing an already-written article. The real writing happens in the rewrites anyway. And it’s easier to edit somebody else’s work into your own (even a robot’s) than it is to fill a blank page with your own.

2) But It Could Also Maybe Be a Writer’s Fantasy, Too

As I just mentioned, getting that ugly first draft done is a massive obstacle, to the point that it might be nice for even a writer to outsource it, like how James Patterson built his novel-writing empire. Although he outsources every draft. After all, everything before Draft 2 is just putting clay on the wheel. So if AI could prepare the rock, we could start sculpting. Which, right now, is sort of an inversion of how we use writing software. The last thing I do on a document, after it’s been drafted and redrafted, polished and prodded is ask Spellcheck if it sees anything wrong with my spelling or grammar.

3) And What If It Didn’t Change Things Much or Made Them Better?

We talk about robot writers like they’re a monolith, but will the competing software experiences built on competing AI engines be as differentiated as human writers are? Will they have certain strengths and tones? Will their output be an all-new artform of what verbiage and parameters to input? Will they just be adding to the mix as new voices in the culture, complete with all the exciting potential that comes with an influx of the new and different?

Basically, will it be robot writers taking over for human writers, or joining them? Jodi Picoult might have to share some space with X5td-4 on the bestseller lists, but she’s already sharing space with other writers.

Those are my thoughts. Usually these articles are writers fighting off AI writers, but if I’ve learned anything, it’s that the things we fear are rarely forced upon us by outside parties. They’re usually welcomed by us without us even realizing that’s what we’re doing. 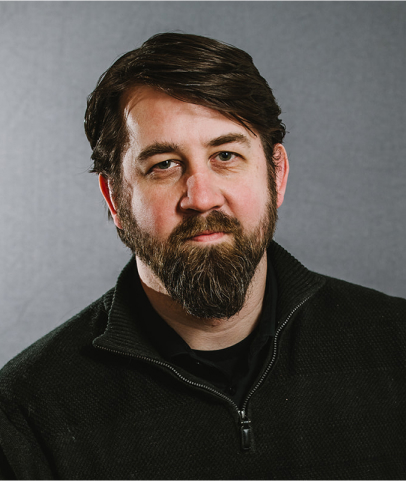 Jason writes. Tells stories. Develops strategies. He oversees a wide range of creative and technical projects. He’s also an award-winning author of half a dozen books and has been featured on or in CNN, The Atlantic, The Boston Globe, The Guardian, The New York Times, and TIME.
Technology
Technology
The Robots are Writing, The Robots are Writing
GTP-3 has a byline in The Guardian and that’s great news for creative writing.
Technology
Where Does the Customer Data Go? A Look at CRMs, CDPs, and DMPs
What’s the difference between Customer Relationship Management systems, Customer Data Platforms, and Data Management Platforms?
Technology
It Takes a Village: Going Enterprise with WordPress
WordPress fills a critical hole in the enterprise CMS landscape, if combined with the appropriate plugins and hosting platform.
See More Technology
Popular Topics
PersonnelTrendsStrategyAdvertisingDesign
Technology
Top Tags
ciodigital