Rich Wagner: In Memory of My Friend

A few words from our CEO on the passing of our head of technology at Maark.
Words by Michael Colombo, Partner, Managing Director
Jul 20th, 2020
Share

Last week, my dear friend and business partner, Rich Wagner, lost his life. He’d been battling cancer for the last three and a half years, and yet the news lands like an asteroid. I was just talking with him the week before last about his plans for returning to full strength. He wanted to get back into cycling and running. He wanted to be able to work full days again. He wanted to travel to his beloved Italy this Fall with his beloved wife, Kim.

Rich wanted to live. That’s the hardest part. In the silence I hear Rich’s quiet resolve to remain alive, and it overwhelms me. It was passion that was our kinship. While my passions burst into conversation, often uninvited; his compressed down into a fire that fueled his work. And for Rich, cancer was work that he had to finish. Often silently, he never faltered.

I may never know someone so quietly impactful again. He’d never criticize, or berate, or condescend. He’d never preach, or grandstand, or lecture. Instead, he’d serve. And he was all in from the very start. In 2017, for our company Christmas party, we took everyone on a weekend getaway to an estate in Vermont. While I was doing my best to entertain - making the rounds and conversing with spouses - Rich, Kim, and two of their sons were cooking an 8-course dinner with wine pairings for each.

Last summer, when the entire company flew into Boston from all around the world for team-building activities, Rich insisted on inviting his engineering team into his home so he could cook them another Michelin-quality dinner. While I told jokes and drank too much wine (and scotch), Rich and his family created a memory for 30 people that will last them their lifetime. I’m not sure if he had a single, full conversation that night, and yet I don’t think there’s anyone that will forget his impact on them that evening.

That was how he lead. Quietly committed, with a quality of character and undiminished integrity that is nearly impossible to find in the world today. And his family carries his indelible mark. They are kind, caring, and generous. They are thoughtful, well-meaning, and warm. Rich’s legacy, in many ways, is in their goodness. It’s in the wholesomeness of his family, the dedication of his wife, and the love of his sons. The way that people feel about the Wagners is the way that people felt about Rich. They love them.

That’s what makes his loss so personally excruciating. He was too young and too good. Too blameless. Too loyal. Too fearless. Too focused. He had more to give. And he wanted to give it. But in a life lead with character, there are no real regrets. He focused on what was important. He built the relationships that matter. He had no half-commitments. He was all in from the very start.

Like so many others, I loved Rich and I will miss him dearly. 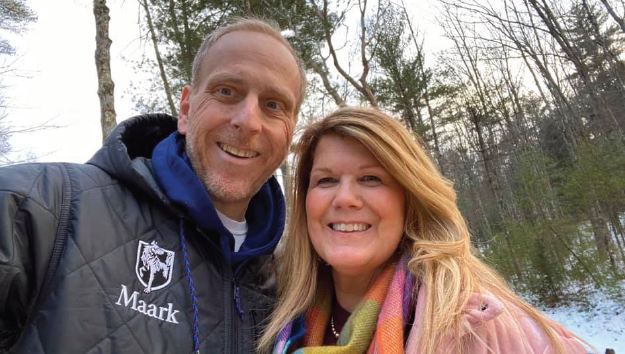 Where Does the Customer Data Go? A Look at CRMs, CDPs, and DMPs