Marketing Transformation from Brand to Back-End

We helped Netcracker find a new voice and project a new image while engaging the telecom industry in a conversation focused forward - on real pragmatic change.

With telecommunications revenue on a downward slant of 6% every year since 2010, telecom service providers were ready for major transformation. Netcracker, a company focused on the operations and billings elements of the telecom network, wanted to make sure they were a part of those bigger transformation conversations.

That meant Netcracker needed a change, and it needed to do it as fast as the industry was moving and without harming its current business. Netcracker approached Maark with an aggressive timeline of less than five months for a total transformation of their brand and marketing platform, so we dug in and helped a new Netcracker emerge.

Positioning and Building the Brand

We discovered that Netcracker had a legacy of aggressively getting things done, but that the telecommunications industry itself was suffering from a lack of direction and focus as the business world adapted to ubiquitous, high-bandwidth connectivity. We proposed a message that was simple, but meaningful, that played both to Netcracker’s strengths and its customer's needs, one that shifted the conversation away from technology to one of strategy: Focused Forward.

We created a brand with the Focused Forward concept at its core, one that was built to communicate forward motion and Netcracker's unique story to the market. We designed a new identity and a visual system and wrapped it into a brand guideline that included all of the elements needed to tell the Netcracker story consistently across physical and digital media. 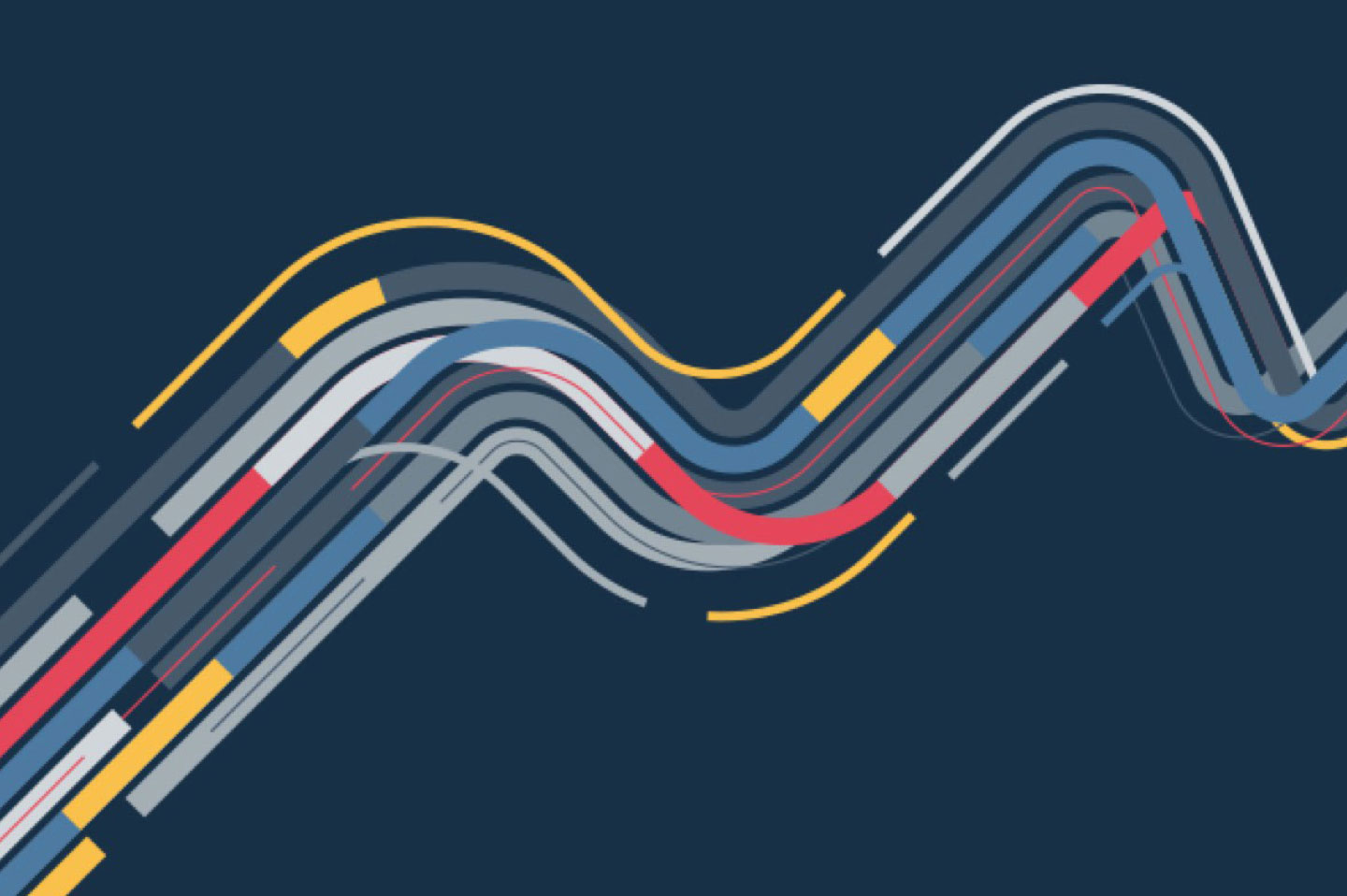 Line pattern built off of the identity used as brand artwork throughout marketing collateral. 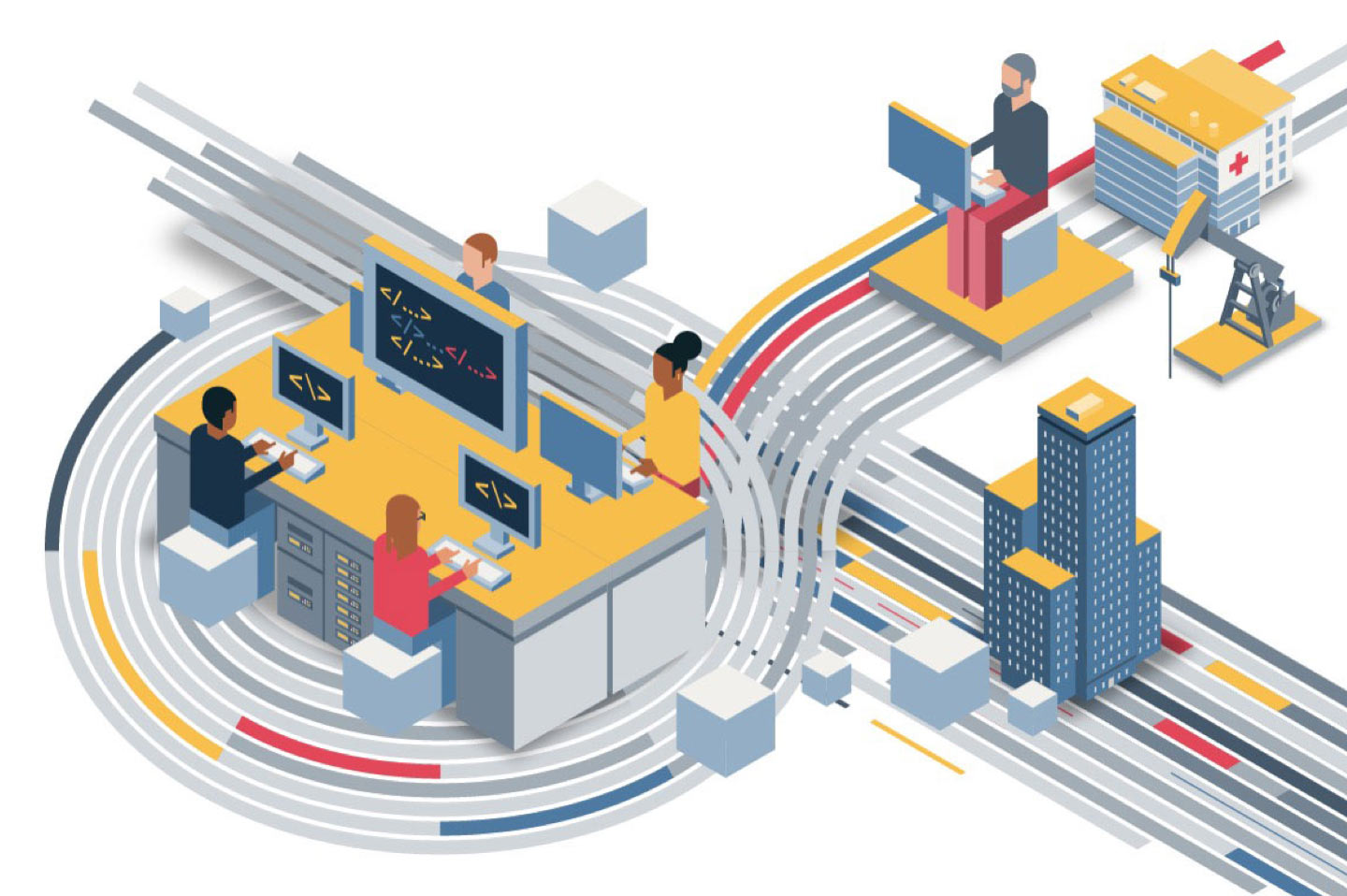 Once that brand guideline was in place, we created collateral based on it, including brochures, whitepapers, one-sheets, videos, presentations, advertisements, and the corporate website itself.

Brand manifesto video produced to bring the new brand and messaging to life.

Once we had the brand in place, we focused on the most prominent application of it: Netcracker’s new corporate website. We redesigned and developed it from the ground up, including the integration of a new enterprise CMS, marketing automation, CRM, HR, and analytics platforms. 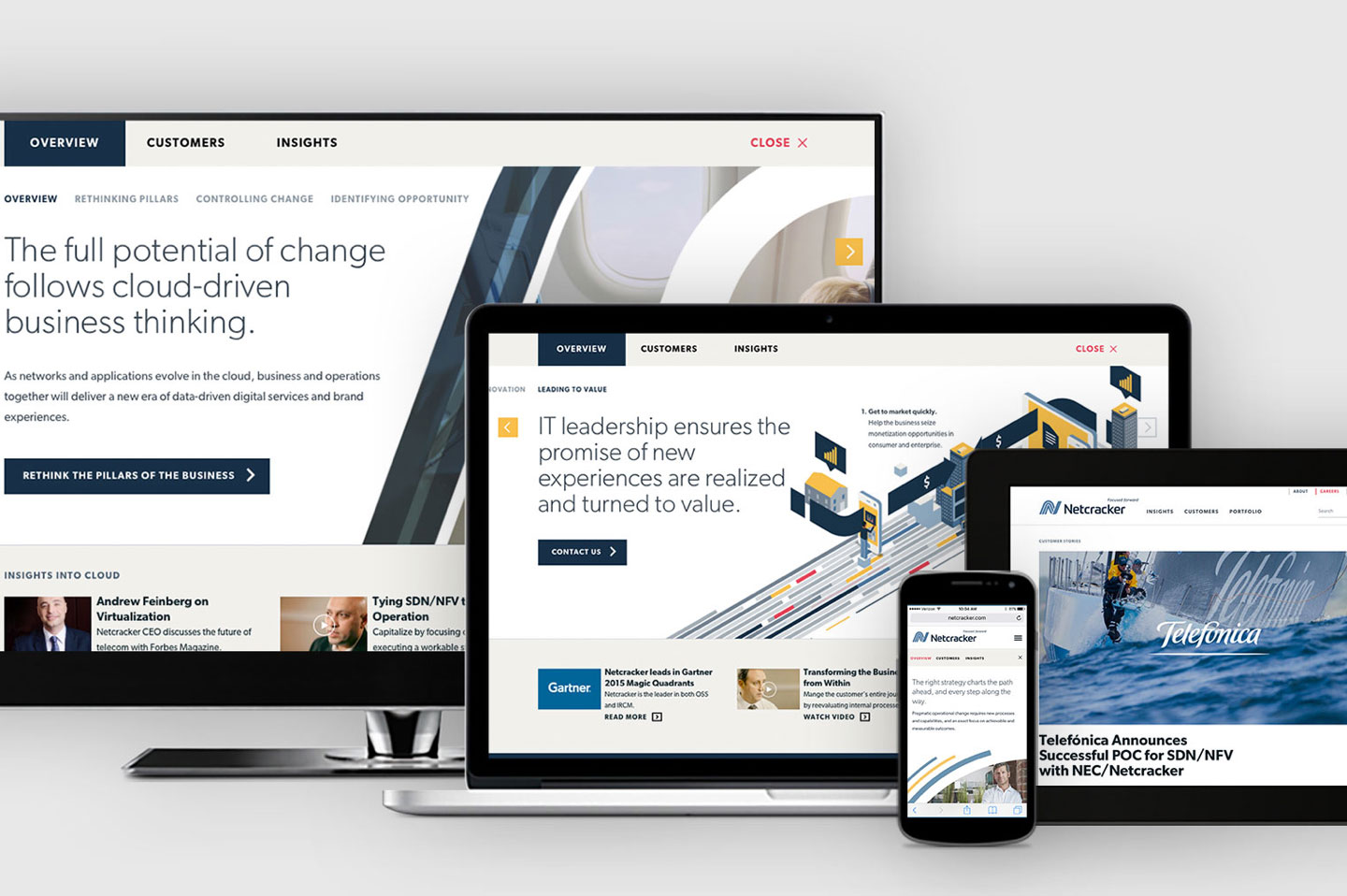 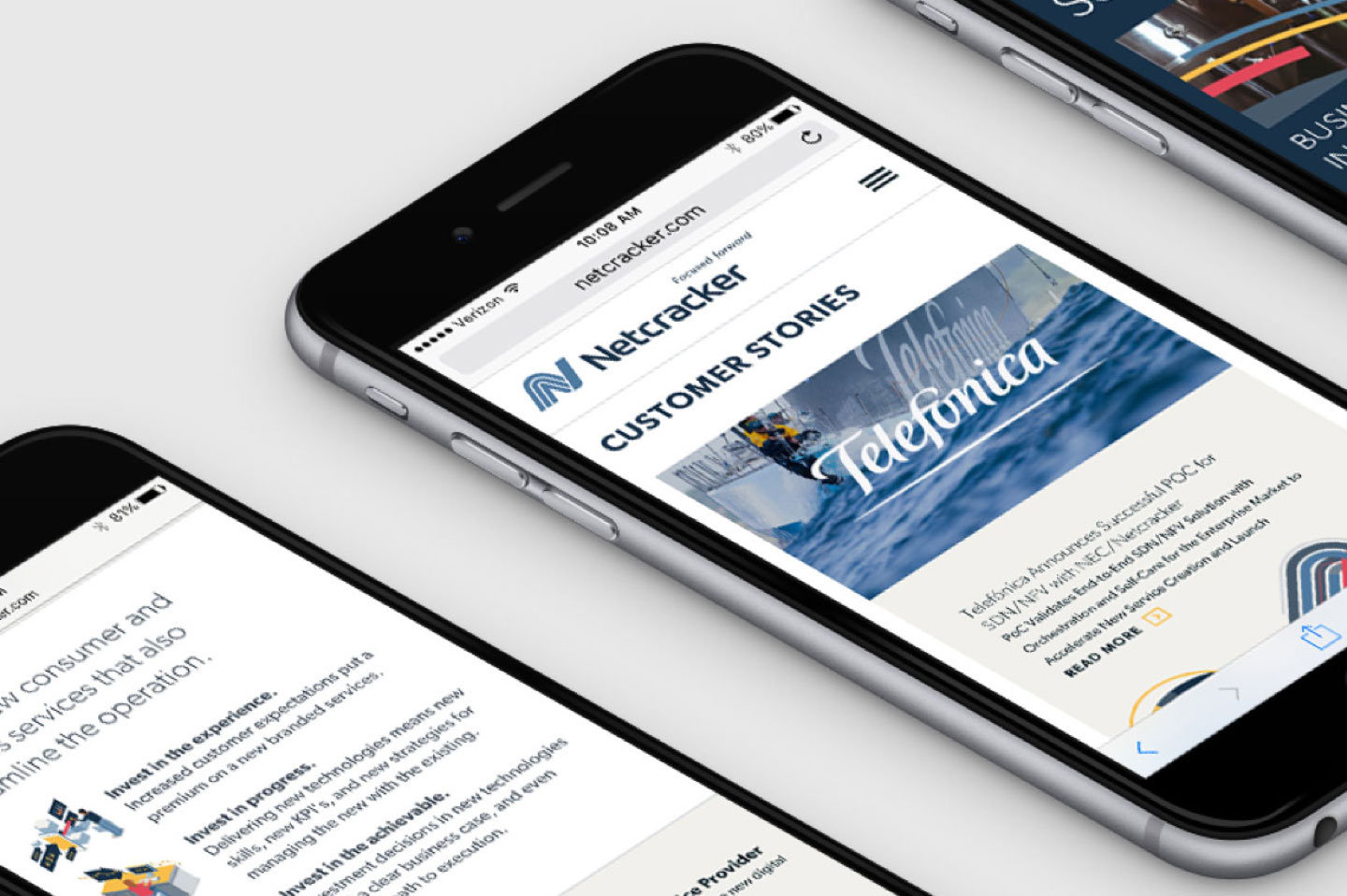 The redesigned Netcracker.com was fully responsive from the largest televisions and projectors down to mobile devices.

We debuted the new Netcracker brand in two stages. First, at Mobile World Congress in Barcelona, Spain - the largest mobile industry event on the planet. We designed a custom, two-story booth that showcased the new brand from the bones up and then launched the website in tandem. The second stage was in Nice, France at the TM Forum, where we staged an advertising takeover to ensure that Netcracker’s new look, new message, and new resolve received the attention it deserved to show that Netracker was ready to help telecoms transform themselves. 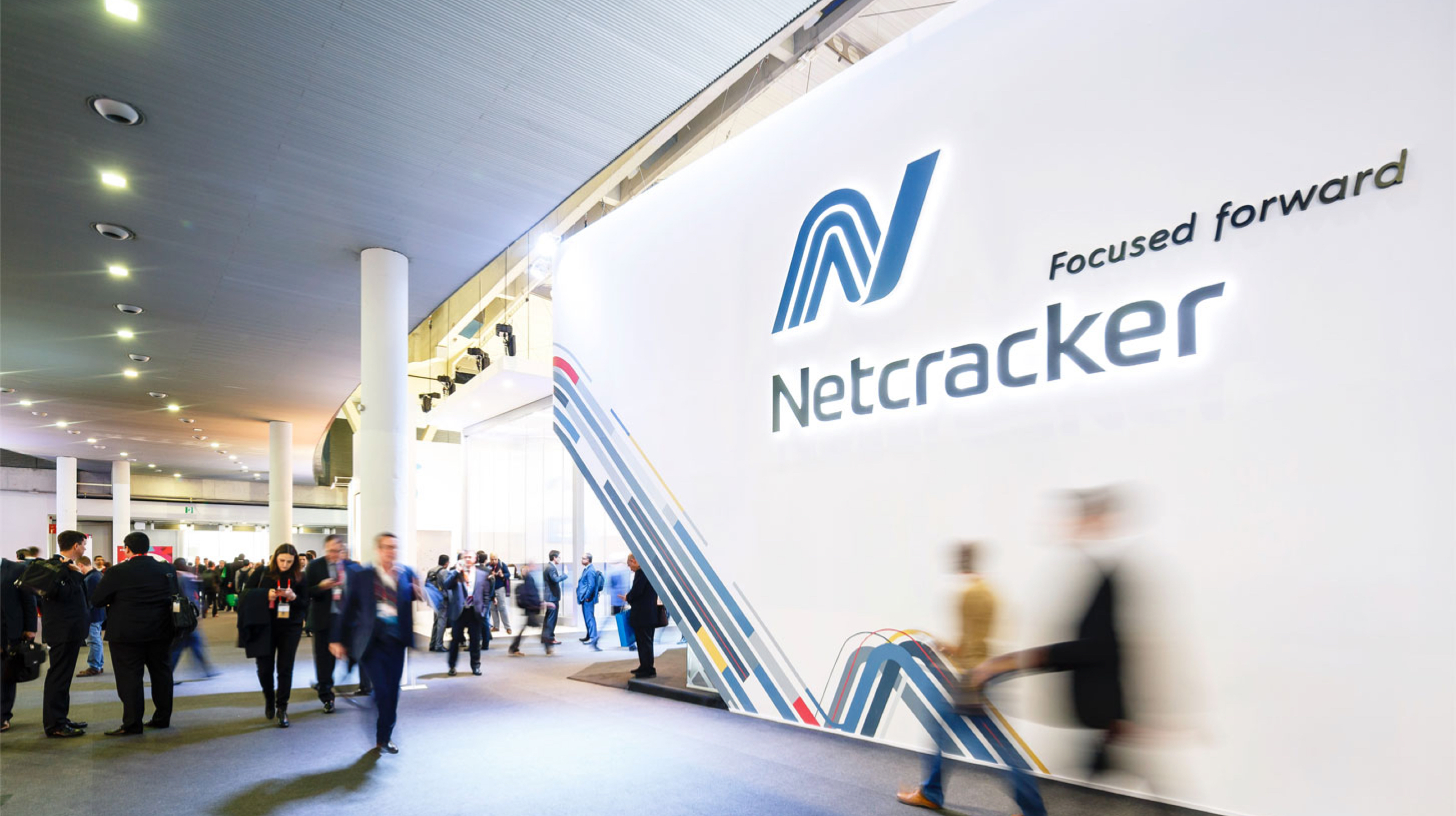 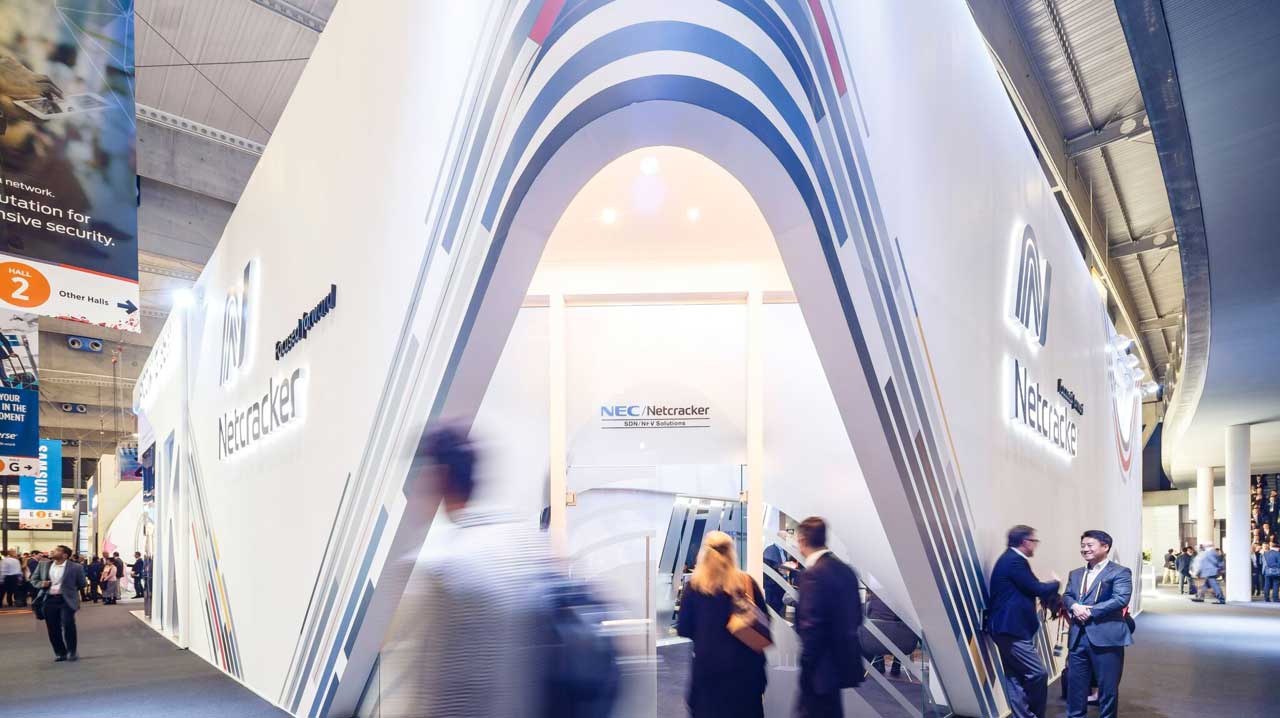 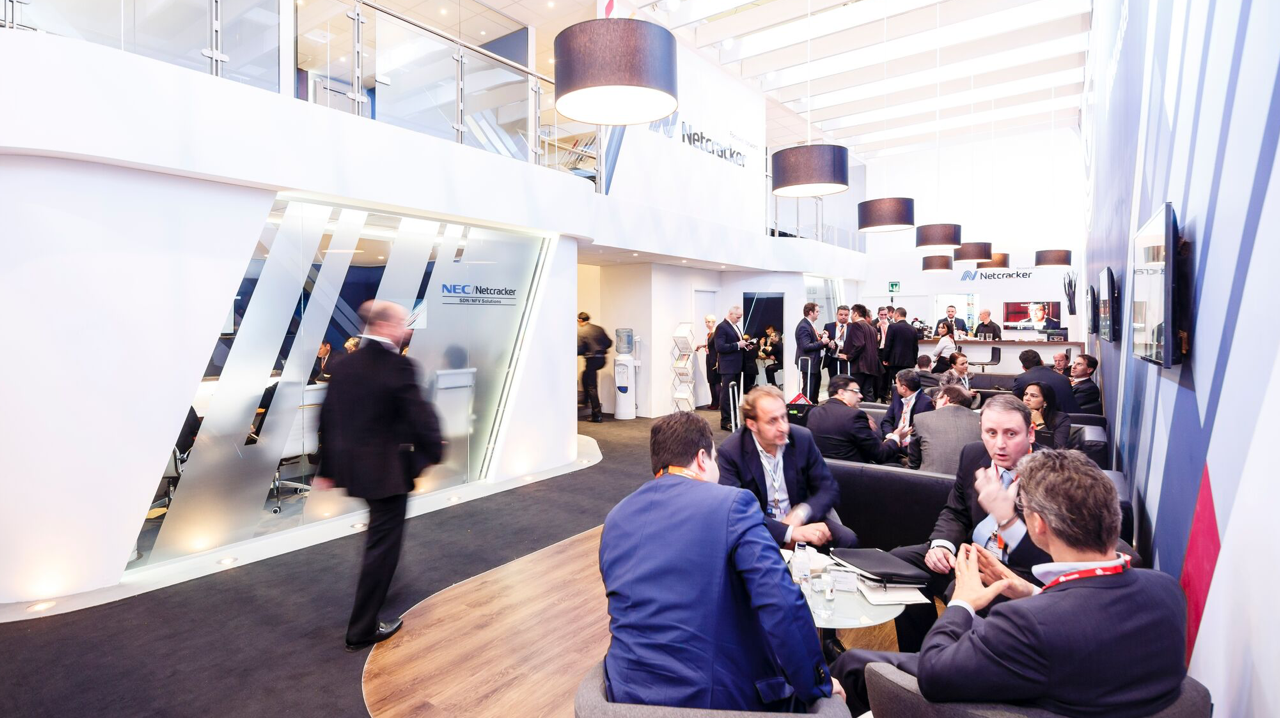